Are we doing enough to help those who need it most?

Are we doing enough to help those who need it most?

I was recently struck by the tragedy of a twelve-year-old taking his life as a result of bullying.  It got me thinking about my childhood.

When I was a child I faced several issues that are relatively commonplace today, but were not thirty years ago. I had severe food allergies. My parents struggled to find ways to feed me. Milk gave me an anaphylactic reaction. They tried soy milk but it turned out soy (and legumes in general) made me sicker than cow’s milk. They tried goat’s milk, same result. Eventually they settled on something called predigested milk-proteins, which I’m told smelled as awful as it sounds. 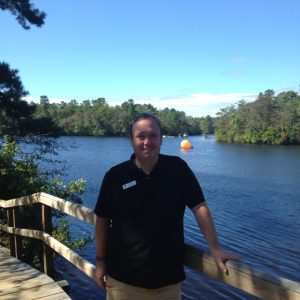 Peanut free classrooms weren’t a thing yet, so I stayed home on peanut butter day. I’ve written and discussed in the past how it was a YMCA Camp that finally agreed to work with my parents, so that I could experience a typical overnight camp program. It changed my life, but that’s a story for another time.

The second issue I faced was a learning disability. I was diagnosed with dysgraphia. It’s similar to dyslexia except in writing instead of reading. It made writing both difficult and physically painful.

In the mid-1980s, learning disabilities were either rare, undiagnosed, or stigmatized into the shadows. My parents didn’t let my difference rest in the shadows. They made it clear that my dysgraphia had absolutely nothing to do with my intelligence. They were completely unrelated. They taught me not to shrink from my difference.

Subsequent to my diagnosis, my parents requested some very reasonable accommodations from my elementary school: enlarging my math books into double their size so that I could write in the book instead of having to painfully and painstakingly copy the problems over to a new piece of paper; the use of a laptop and mini printer at my desk; and extra time with certain in-class assignments. All of these were requested in writing by my doctor and the added cost of the accommodations were to be borne by my parents. Yet the school said no. My parents were livid. I can still remember my dad shouting at the principal that “if Albert Einstein walked into this school today and needed crutches to get around, would you tell him no? Would you tell him it’s an unfair advantage?” (Don’t cross Jerry Dibble). My parents got me the accommodations in the end. It didn’t hurt that my father was (and is) an attorney with a reputation for being tenacious.

I didn’t realize how lucky I was at the time. I resented having to carry a briefcase to school each day (laptops weren’t small back then). I was already overweight. I was already the kid with special food needs (a hotdog seemed a poor substitute for pizza at Chuck E. Cheese). I was already the kid with asthma. I related to Piggy from “Lord of the Flies” pretty well. But man, was I lucky. I had parents who cared and who fought for me. They pushed for so many things that parents take for granted today. And for my food allergies? I finally had to go live at a hospital in Colorado while they did tests on me for six months. My mom moved out there with me and got an apartment. All at my parents’ own expense. When I was discharged we were driving from Colorado back to upstate New York when I had an asthma flare up. It was harvesting time in Iowa. I spent a week in the hospital, while I got my breathing under control. The doctors told my parents to roll up the windows and don’t stop until we were out of the state.

My parents’ (and it was both of them, my mom Jeanne played a big part) advocacy on my behalf is why I am who I am today. If not for them, the system definitely would’ve failed me. The parents of the young man who killed himself reached out to both the principal and teacher of the school. But they hit a brick wall and didn’t reach out a second time. Nothing changed. They didn’t fight, they didn’t push, they didn’t yell and scream. But they didn’t fail their child, the system did.  I can’t speak about these parents specifically, but in my work I have encountered many parents who believe “the system” is impenetrable and intractable. So they don’t push. Parents who have been disenfranchised their entire lives learn not to push and their children suffer for it.

In my work as a volunteer with Big Brothers/Big Sisters in my 20s, I met many young people who could have benefitted from camp. Their parents couldn’t afford it, but I ran a camp (a different camp) at the time and wanted to be of help. I told them I would make sure their child received 100% financial aid. I assured them I would take care of the transportation as most of these parents didn’t have a car. I purchased things like sleeping bags and hiking boots. All the parents had to do was fill out the forms. Most of the time I couldn’t make it happen. It’s not that they didn’t care for their child; they were simply overwhelmed. Financial assistance required tax forms. It required a doctors’ signatures. It required a parent to be literate. It required a parent to trust me with personal and private information. And so these children missed out. Charter Schools face a similar issue. They are free and some undeniably provide a superior education to many public schools, but you have to apply. It may be a lottery, but you have to apply. If you don’t have a parent who understands this and how to do it, you’re missing out. Charter Schools, inherently, leave out the least among us. So I can’t help but wonder, who, over the years has reached out to me for help only to hit a brick wall. Who have I failed by paying attention to the squeaky wheel instead of the timid voice? When have I been impenetrable and intractable? When have I let my own problems get in the way of helping someone with real problems?

There are so many good things available for children of lessor means. But they require a parent or guardian or someone to care or understand or advocate or fill out a form. None of these things are always easy. And so the least among us miss out. I’m not sure if the young man who took his life was from such a background. But I wonder who was watching out for him? Who is watching out for the least among us? Who was this child’s Jerry Dibble?

With love and hope for the future, from camp,